Oathkeepers is in the fight with this second open letter to President Trump.

Today, December 23,  is the anniversary of the reading of Thomas Paine’s The American Crisis, Number 1, to Washington’s troops as they prepared their minds, bodies, and spirits for the critical battle of Trenton, which turned the tide of the war.  General Washington had suffered defeat after defeat, and both he and his men were worn down.   Many of his men were demoralized.  He needed a victory, and to get one, he needed to go on the offensive.   And he did.   He ordered Thomas Paine’s immortal words read aloud to his men, to get their minds right, and then General Washington penned a simple note to himself:  “victory or death” – which became the password for the operation to cross the Delaware and attack the Hessians.   At that time, there were many on both sides predicting his inevitable defeat, declaring that he was done, that the cause was lost.  Many turned against him.   But Washington did not listen to the doubting Thomas’s who were urging him to give up, to try to make a deal with the enemy.   Instead, he went on the offensive.   He attacked.   And he won. 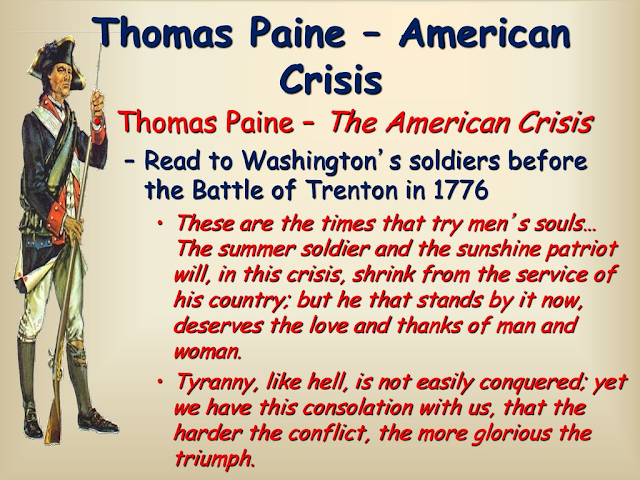