For A Deeper Understanding: by Anna von Reitz 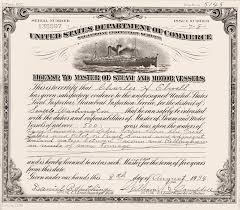 The CAFR Swindle - The Biggest Game In Town

Taxes are no longer necessary. This video exposes a deliberate and massive swindle that is perpetrated by every government agency from your local school district all the way up to the Federal government. This is the second Version of this expose' on public finance. Similar to first version, but incorporating input from Walter Burien and Clint Richardson.See their sites for much more info:cafr1.comthecorporationnation.comrealitybloger.wordpress.com

Posted by Paul Stramer at 9:58 AM No comments:

Email ThisBlogThis!Share to TwitterShare to FacebookShare to Pinterest
Labels: CAFR

Do the Oathkeepers Pose a Threat to America? We’ll ask One!


Published on Sep 18, 2014
Sheriff Richard Mack, Former AZ Sheriff (Graham County) / Board of Directors-Oath Keepers Movement joins Thom Hartmann. Most Americans have never heard of The Oathkeepers - but according to the Southern Poverty Law Center - the group is quickly becoming a mainstay of the far-right militia movement. So - what are The Oathkeepers really about - and does the group really pose a violent threat to America?

See the original article and more here:
https://www.youtube.com/watch?v=XJ7IzA2NhsI&feature=youtu.be
Posted by Paul Stramer at 8:23 AM No comments:

In Glasgow, “Police are investigating ten cases of electoral fraud.”
Voters turned up at polling stations to find that people had already voted using their names.
Police officers have remove the ballot papers concerned.
The papers were from 10 different boxes across Glasgow, and not concentrated in one area.
http://www.dailymail.co.uk/
Read the entire article here:
http://jhaines6.wordpress.com/2014/09/19/vote-fraud-in-scottish-referendum/
Posted by Paul Stramer at 7:58 AM No comments: