Why should you home school your sons and daughters? 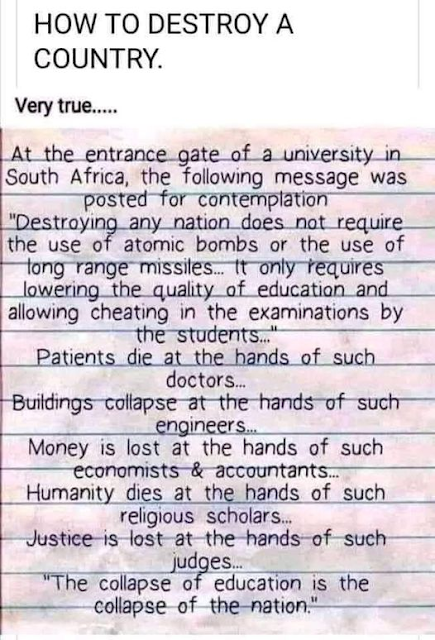 Posted by Paul Stramer at 8:00 AM No comments:

Message to All Targeted Individuals

Message to all T.I.s --- you are being targeted because you are listed as being "citizens of the United States" --- and so, are fair game as guinea pigs, the equivalent of fish in a barrel with no legal protections, no rights, and no hope of gaining an ear in Congress.
It's Congress that "sold you" as human chattel to serve as test subjects.  Don't be ridiculous and expect Congress, which is making money hand-over-fist from this "Test Program", to cancel it just because you are being made ill and miserable.
And don't expect the mindless wonders in charge of the Territorial U.S. Military to give you any breaks.  So far as they are concerned, you are all "Enemy Combatants" in a theater of occupation.
So.
Now that you understand your position, change it.
Declare your political status as an American and reclaim your birthright.  Join your State Assembly and flex your muscle in your proper standing and capacity.  Inform the United Nations Secretary General that you are "non-domestic" with respect to the United States (Inc.) and you are being harmed as a result of their various warfare testing programs.
That should be sufficient to get the ball rolling.  Then send a copy of the United States Secretary of State.  And to your State Secretary of State.
Take action as an American and as an Employer of these dumb brutes, instead of signing a Petition and pleading with them, oh, please, please, Mr. Bad Man, don't hurt me anymore!  I am just a hapless American being mistaken as an Enemy Combatant by my own Armed Forces while at home in my own country, and being used as a "domestic target" when I am not naturally in their jurisdiction at all and not subject to their government and not "domestic" with respect to them at all.
Got the idea of what is actually going on now?  Know why the rats smirk at you and pretend not to know what they are doing?  Get the hammer on THEM and stop begging for mercy from pirates.  Get on your feet and start moving.  If you want to live in peace and not as buzzard bait ---- do what I am telling you to do.
Go to: www.TheAmericanStatesAssembly.net and get started today.
----------------------------
See this article and over 3000 others on Anna's website here: www.annavonreitz.com
To support this work look for the PayPal buttons on this website.

The Actual Act of 1871 Being Referenced

Most people that you hear talking about "the" Act of 1871 are talking about the Municipal Corporation Act creating a Municipal Corporation for the District of Columbia.
We have pointed out that the real mischief related to that Act was the Corporations Act of 1870, which claimed the right to create corporations while acting in our names--- which is, to quote a Brit friend of mine, "Really rather like my Gardener assuming my identity and fathering a lot of children in my name, with someone other than my wife."
The end results in both cases are illegitimate.  Literally.
But this merely rear-ends the actual singularly traitorous "Act of 1871" which, again, deals with the subject of corporations---- and let's headline this with bold letters so that everyone gets off the Old Saw about the Municipal Corporation Act of 1871 and instead has a full nose of the treason committed by the Rump 41st Congress as of the Second of February of 1871, Chapters 62-65, in which the Congress declared itself to be the "successor" of all United States corporations and the property of all said corporations.
These treasonous individuals claimed to own all United States corporations as successors --- quite possibly the greatest theft and Breach of Trust in world history, carried out by the members of the Territorial Congress while wearing their "second hat" as a foreign Municipal oligarchy.
Let's get this straight -- the members of any "Congress" convened in its Territorial or Municipal capacity never had any authority to make such a claim, not in 1871, not in 1971, and not today.  There is absolutely no shred of valid interest involved here, no contract, no equitable consideration, no vested authority, and certainly no consent.
It's a criminal offense and an act of treason and fraud that has waited in the wings for over a hundred years to be discovered and objected to.  Our corporations, like our ability to create corporations and our ability to issue patents, does not devolve to "the" Municipal United States, a foreign entity operating in our names simply because they made such an outrageous claim while acting in breach of trust and under conditions of fraud and semantic deceit.
All corporations created under our names and issued charters "in our names" are ours by definition, and we do claim them back from the Municipal Government of Washington, District of Columbia, and from the various Territorial State of State and Municipal STATE OF STATE Governments that have continued the abuses endemic to the Corporations Act of 1870 and the "Ownership Acts" of 1871.
We have been here, present and accounted for, the entire time --- yet left uninformed and uneducated by our employees, have been preyed upon by them and their foreign Principals in Breach of Trust.
We declare that we are the lawful and rightful heirs and beneficiaries of all United States Corporations created by our Federal Republic, their heirs, operators, trustees, and assigns, without exception, and the only lawful saving grace for the Municipal Government now is to release their presumed "custodial interest" in all our assets, intellectual properties, and prerogatives, including the administration of our Corporations, our Patent and Trademark Office, our Copyright Office, and our Postal Offices.
Let it be made perfectly clear to every banker and jurist on this planet -- what occurred as a result of these actions undertaken by the members of the Municipal Congress in 1871 was a gigantic criminal fraud and Breach of Trust amounting to usurpation against the lawful government of this country and treason against our constitutional agreements--- and all accomplished via means of fraud against their Employers.
In the case of the Territorial Congress, possession by pirates does not change ownership, and in the case of the Municipal Congress, fraud vitiates everything --- including their claims to own all United States Corporations.
This is all that anyone ever needs to know as a Summation of the applicable Law in both cases -- in Admiralty and under Roman Civil Law--- both. The members of Congress must relinquish these claims and release our property both private and public to the administration of our lawful American governments-- that is, our unincorporated Federation of States doing business as The United States of America and our States of the Union until such time as we complete the restoration of our Confederation and our Federal Republic.
PS. Please note that we have already addressed this topic once; all such "United States Corporations" have a one-year grace period ending in mid-February of 2022 to re-charter as American corporations and accept their limitations under Public Law.
----------------------------
See this article and over 3000 others on Anna's website here: www.annavonreitz.com
To support this work look for the PayPal buttons on this website.