One Smoking Gun and It's British --- Again

The "Massive Election Integrity Disaster" we are witnessing is a mirror of all the rest of the swamp. It's the ultimate logical outcome of the Swamp and its existence.
Ever heard of an "Over-Vote"? That's where you have two, three, four..... times the number of votes in a precinct over and above the total number of people who live there--- including children.
Ever heard of American Votes being counted in Germany? In Spain? By pals of Hugo Chavez?
There are now thousands of affidavits from election workers and witnesses all over this country swearing under penalty of perjury to voter fraud, repeat voting, truckloads of ballots pulling up to the backdoor in the middle of the night full of "mail-in ballots" that were never folded or inserted in any envelope..... all of them marked for Joe Biden and only Joe Biden? Really?
Or how about software that lets election workers "drop and drag" thousands of votes and digitally drop them in the trash? Or "donate" them to another candidate? That's just part of what the Dominion software used to count your votes brags that it can do to fix elections.
That's what THEY used to count your votes.
And there is convincing circumstantial evidence (logic-based, common sense, look at the dots) that this wasn't just some fluke or some state election committee being stupid. Oh, no.
All this was done in multiple States, done in the same way in multiple States, and at virtually the same time in multiple States.
What we've got here is a coordinated conspiracy against this country and against the people of this country, against our traditions, and against every principle of fairness, honesty, or justice in an election process.
These unspeakable criminals have tried their best to turn America into a third-rate Hell Hole and it's time they all paid for it.
Oh, it couldn't happen here? You must be mistaken?
It did happen here, and all around the rest of the world, too.
Oh, you don't have any evidence of that.....
Yes, there is evidence, and not a small amount of it. A huge amount of it. Sitting in the middle of the living room. Elephant-sized.
If you haven't seen it yet, this is the hour plus "opening statement" press conference regarding the election fraud Investigation:
https://www.youtube.com/watch?v=T8LiGZhK-bg
If that link disappears from YouTube watch this one on BitChute.
https://www.bitchute.com/video/4G1gbj8Gw25l/
And all I can add to it is the answer to where the FBI has been the last dozen years.`
It's been misdirected by the Holding Company that owns it, an unknown Holding Company being run by an undisclosed Board of Directors operating as a Municipal Corporation calling itself THE GOVERNMENT OF THE UNITED STATES. That's where the FBI has been and that's why they've had their heads up their butts and why they have been complicit in hiding dozens of crimes and failure to prosecute hundreds more.
Unmask the Holding Company bosses and you know who has been using the FBI to diddle America.
Do some similar research and you'll find out who has been jerking the strings of the "DEPARTMENT OF JUSTICE".
And if you want to dig deeper into the roles of CIA/DIA/MI6/SS and the ROOT of all Evil, here you go--- the Trudeau Family, happily handing over the keys to your car and a whole lot more:
https://www.youtube.com/watch?v=pzeE6aXg1a4&feature=youtu.be
I think it's time to send all the employees of these organizations home with a Pink Slip and a "Thank you for your service." pin, and I just happen to know the organizations with the authority to do exactly that.
Your State Assemblies.
So run, don't walk. Your country needs saving. Go to:
www.TheAmericanStatesAssembly.net
----------------------------
See this article and over 2800 others on Anna's website here: www.annavonreitz.com
To support this work look for the PayPal buttons on this website.
How do we use your donations?  Find out here.
Posted by Paul Stramer at 7:11 PM 9 comments:

FEC Chairman says there was in fact fraud. 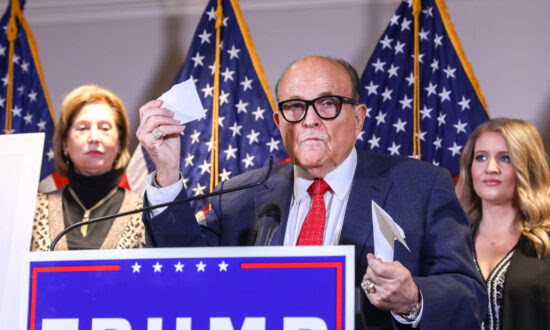 ‘There Was in Fact Fraud That Took Place:’ FEC Chairman Trey Trainor

Federal Election Commission (FEC) Chairman Trey Trainor said that affidavits from the Trump campaign show that fraud has occurred during ...

Let Us Stand --- On This Anniversary

Oh, Father in Heaven, let your mercy find us even now, for we have sinned in letting the joy of our own lives distract us from the Justice you demand.
We failed to prosecute those responsible for the death of Abraham Lincoln and let scapegoats suffer instead.
We failed again when we let those who killed John Fitzgerald Kennedy escape and profit themselves by his murder.  We let them blame their crimes on innocent men.
We failed again when we turned away from fact and reason, and let the Liars tell their story about 911 and what happened at the World Trade Center.
We failed RFK.
We failed MLK.
We failed the Weaver Family at Ruby Ridge.
We failed the Branch Davidians at Waco.
We failed LaVoy Finicum and his family, too.
We have failed millions of people around the world.
We confess it, Father.  We repent it, to our souls.
Time after time, we have known that something was wrong, that things didn't fit, and yes, that we were being lied to ---- and yet, we did nothing.
We let Blue Ribbon Committees paper-over the murder of the innocent and we did not pursue and punish the criminals.
So the murderers and the liars have flourished in our midst....they have sat safe in the halls of our government and infested our military elites....they have laughed at our quaint notions of honor, loyalty, and justice.
And now the world lies broken, and people struggle to know the difference between fact and fiction, because we turned away from righteousness.
We forgot what you expect of us, your sons and daughters....
We have not cherished Justice.  We have not cherished Truth.
Heal our broken land, oh, Father of Man; make us whole again, make us worthy, and let us rise up and serve you.  Let truth be in our mouths and in our hearts.
May justice motivate us and courage be our bulwark now and forevermore.
May no man or power on Earth stand against us.  Let Gideon's Army be with us.  Show us the truth and grant us the wisdom to correct our sins, so that we may no longer be deluded and misled by the Evil One.
Let us be humble before you, Father, for our sins and our omissions are great. Our souls despair as we see our own iniquity, our selfishness, our failures.... and as we see your prophets and your kindly shepherds cast down, with no one to stand up for them ---- let us stand.
Let us stand.
----------------------------
See this article and over 2800 others on Anna's website here: www.annavonreitz.com
To support this work look for the PayPal buttons on this website.
How do we use your donations?  Find out here.
Posted by Paul Stramer at 6:44 PM 9 comments: