It's In The Box!
An Announcement for All Americans and All Other People Affected

On the 239th Anniversary of the American Declaration of Independence 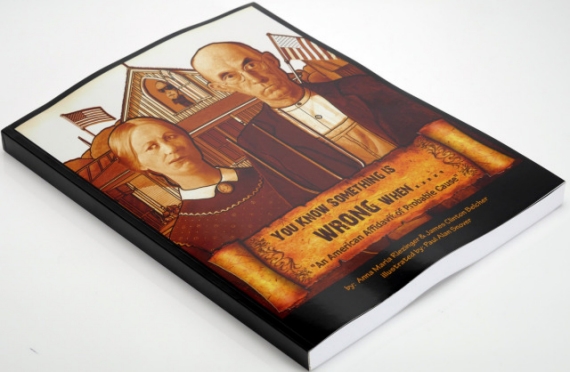 http://www.amazon.com/s/ref=nb_sb_noss_2?url=search-alias%3Dstripbooks&field-keywords=You+Know+Something+Is+Wrong+When
Echoing John Adams regarding the Declaration of Independence and the unanimous vote in favor of independence — “It’s done!”
The culmination of over thirty years of correspondence, inquiries, researches, collaborations, meetings, document requests, etc., etc., etc., —- all strangely ending in the publication of a comic book— it is done.
The Comic Book is now available from Amazon.com. The title is “You Know Something Is Wrong When…..An American Affidavit of Probable Cause” by Anna Maria Riezinger and James Clinton Belcher, illustrated by Paul Allen Snover.

We feel oddly at peace.

We have ferreted out the truth and boiled it down into a form that everyone everywhere can understand, and from here on it becomes the problem of the whole world to solve.
It will be interesting to some to know that James Clinton Belcher is descended from the same family that founded Princeton University and whose family Coat of Arms became the basis of the Great Seal of the United States. I have royal blood considerably bluer than the Danube—which under the present circumstance is not bragging.
We were predisposed to be concerned by poor governance in the same way that terriers are disposed to go after rats and mongooses do not need to think about attacking cobras.

READ MORE AND COMMENT »
Posted by Paul Stramer at 1:32 PM No comments: