A Picture Worth a Thousand Words

For Those of You Who Didn't Believe 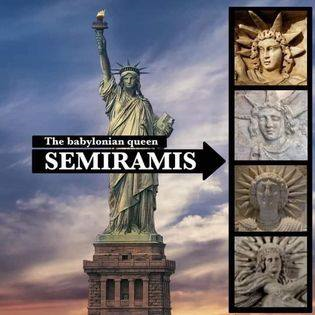 There are those who heard what I have written and said about Semiramis, aka, Isis, Ashteroth, Astarte, Cybele, and Columbia being the subject and basis for the giant idol standing in New York Harbor and being passed off as "The Statue of Liberty"----well, a picture sometimes really is worth a thousand words:
The Statue of Liberty in New York, a gift from the Grand Lodge of Paris (Freemasons) and ancient stone carvings of the "goddess" Semiramis still found in the Middle East and North Africa, Turkey, Iran, Iraq, Egypt, and elsewhere:
Posted by Paul Stramer at 11:27 AM