The Truth and Thomas Deegan by Anna Von Reitz 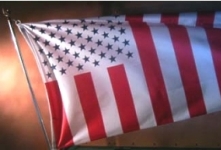 I realize this is a Thomas Deegan Fan Club Parade, but….this is Judge Anna. Dee-Day is my nickname. I was born on June 6….
The Holy See was a Beneficiary of the fraud and the Pope as the CEO of the Global Estate Trust was bearded in his lair in 2008 and agreed to forgive any “debts” arising from the fraudulent claims made against us and to return all the American property to the Americans. He thereby “redeemed” himself and settled the controversy in our favor and became an ally in the cause of cleaning up the mess, bringing remedy to the people, and disciplining the perpetrators.
Once I have settled an issue with someone with complete agreement to just action, I stop beating them and blaming them. You should, too. All this horrible propaganda against the Church was unleashed by the banks shortly after Benedict took action in our favor and it has continued on relentlessly ever since. That should give you a clue who our real enemies are.
As for Thomas, I tried my best to explain both the history and the jurisdictions and the double-speak names of things, but he would not listen. He had the idea that I was “working for the Pope” and just kept blundering along until he gave them an excuse to arrest him and there he sits. You can lead a horse to water, but you can’t make him drink.
Since that time I have continued my labors at my level and considerable headway has been made toward explaining the situation and organizing information and securing allies in the effort worldwide. As I have said from the beginning, it’s NOT just Americans who have been fleeced and abused. Darn near every country on Earth has been all-but tanked by this same fraud and harmed by these same fraudsters.