COVID: If there is no virus, why are people dying? 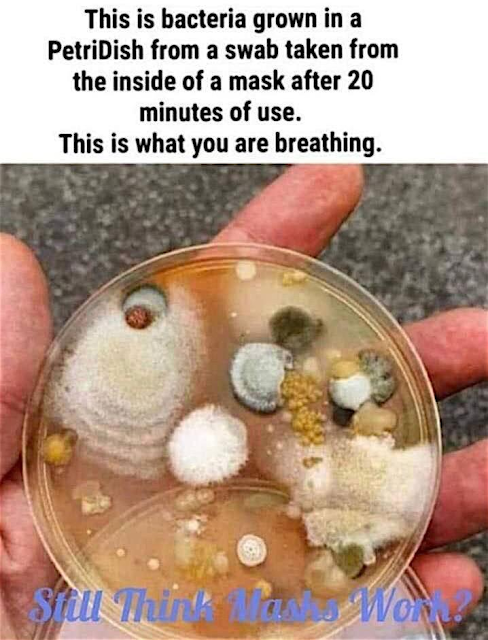 Since the beginning of this false pandemic, I’ve been offering compelling evidence that no one has proved SARS-CoV-2 exists.

Then people ask, “So why are all these people dying?”

I have explained that, many times, and in this article I’ll explain it again.

First of all, the whole notion that COVID-19 is one health condition is a lie. COVID IS NOT ONE THING.

This is both the hardest and simplest point to accept and understand.

Don’t reject the existence of the virus and then say, “So what is THE cause of people dying?” There is no ONE CAUSE. There is no one illness. There is no “it.”

By far, the biggest sources of illness we are dealing with are lung conditions: various kinds of pneumonia; flu and flu-like disease; TB; other unnamed lung/respiratory problems.

THESE ARE BEING RELABELED “COVID.” It’s a repackaging scheme. People are dying for those traditional reasons, and their deaths are being called “COVID.”

Thus, the old is artificially made new. It’s still old.

In this wide-ranging group of people who have traditional lung conditions, by far the largest component is the elderly and frail.

They are dying in nursing homes, in hospitals, in their houses and apartments. In addition to their lung problems, they have been suffering from a whole host of other conditions, for a long time, and they’ve been treated with toxic drugs.

They’re terrified that they might receive a diagnosis of “COVID,” and then they are given that diagnosis. THEN they’re isolated, cut off from friends and family. They give up and die.

This is forced premature death.

Some of these elderly and frail people are heavily sedated and put on breathing ventilators—which is a killing treatment. In a large New York study, it was discovered that patients over the age of 64, who were put on ventilators, died 97.2 % of the time. Staggering.

Some of these elderly and frail patients are now dying from reactions to the COVID vaccine—and of course, their deaths are listed as “COVID.”

Why else are people dying? In many cases, it’s a simple matter of bookkeeping. They die in hospitals for a variety of reasons, and staff write “COVID death” on their files. In the US, states receive federal money based on these statistics.

Let’s say that, in certain places around the world, there are clusters of deaths (being called COVID) that can’t be explained in the ways I’ve just described.

In those situations, you would have to examine EACH situation closely. For example, just prior to an outbreak in Northern Italy, was there a vaccination campaign? What was in the vaccine? A new breed of toxic substances?

You have to consider each cluster independently.

None of the “COVID deaths” anywhere in the world requires the existence of a new virus.

For instance, in Wuhan, where the whole business began, the first “COVID” cases of pneumonia occurred in a city whose air is HEAVILY polluted. In China, every year, roughly 300,000 people die from pneumonia. That means millions of cases. None of those deaths need to be explained by invoking a new virus.

Now, add to all this the fact that the PCR test for the virus is irreparably flawed and useless (for a variety of reasons I’ve explained in other articles). The test spits out false-positives like a fire hose. Thus, the high case numbers. If the authorities have to go to such extremes to paint a picture of a spreading viral epidemic…

There is no evidence that an actual germ is traveling around the world felling people. The “evidence” is invented.

The “pandemic” is invented.

The fraud is promoted.

During these fake epidemics (there have been many), someone will say: “But my neighbor’s son, who was very healthy, died suddenly. It must be the virus.”

No. People who appear to be healthy do die. Not just today, but going back in history as far as you want to go. No one has an explanation. They might have an explanation if they looked very closely, but they don’t look closely.

Favoring the “virus explanation” is a bias, a knee-jerk reaction, a response to propaganda.

If you think there must be other major reasons to explain “why all these people are dying,” keep in mind that “lung conditions” is a category that expands all over the globe. For instance, there are about one BILLION cases of flu-like illness EVERY YEAR on planet Earth.

Repackaging/relabeling just a small percentage of those cases alone would account for all official COVID death numbers.

What’s new about COVID is the STORY. That’s what’s being sold: a STORY about a virus.

Reprinted with permission from Jon Rappoport’s

The Best of Jon Rappoport