LifeSite VP: I was in DC today.

Here’s what I saw, and what I think about it.

As I covered today’s events in person in Washington, D.C., I saw a portrait of middle America: overwhelmingly Christian, but racially diverse, with people of every age group and from every corner of the country. 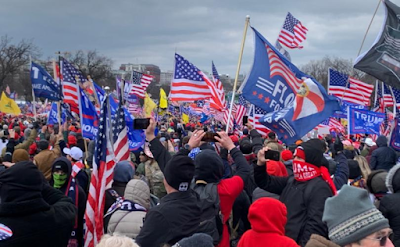 WASHINGTON, D.C., January 6, 2020 (LifeSiteNews) – LifeSiteNews reports on matters of life, faith, family, and culture. Since 1973, the United States has lived under a deformed law that dehumanized an entire segment of humanity and has resulted in at least 60 million dead babies. Let that number sink in.

More recently, unelected judges have decided that the fundamental reality of biologically determined gender is unlawful. Just this week, Democrats in the House of Representatives banned the use of terms such as mother and father, son and daughter. LifeSiteNews has never condoned political violence in any way – indeed, the whole pro-life movement is an anti-violence movement, opposing violence committed against defenseless humans – but we also realize we cannot be blind to the terrible legal, political, and cultural damage that has been and continues to be perpetrated by the radical left. Theirs is a totalitarian mindset which allows no dialogue, no debate, no law, and no order.