THE FEAST OF THE IMMACULATE CONCEPTION OF THE BLESSED VIRGIN MARY

On this day and the ensuing eight days, the Catholic Church celebrates with special solemnity the Immaculate Conception of the Blessed Virgin Mary.
What does the Catholic Church understand by the Immaculate Conception?
By the Immaculate Conception she does not understand that great grace by which Mary preserved herself pure from every, even the least, actual sin; for, as concerns this, the Church has long since declared that Mary never sinned: nor does she understand by it her continual virginity, for it has been for a long time a doctrine of faith that both before and after the birth of her divine Son Mary remained a pure virgin; nor yet that she was sanctified before birth; as were the Prophets Jeremias and John the Baptist, who were both conceived in sin, but by a special grace of God were released from it before their birth; neither does she understand by it the conception of Christ from the Holy Ghost, that is, that Mary unstained conceived the Son of God of the Holy Ghost; and without the assistance of man, for this was always the unalterable doctrine of the Church: she does understand by it that exalted favor, that unshared privilege, by which the Blessed Virgin Mary, in the first moments of her conception, by a special grace and favor on the part of God in reference to the merits of Jesus, our Saviour, was preserved from every stain of original sin.
What has until now been held by the Church in regard to this privilege? 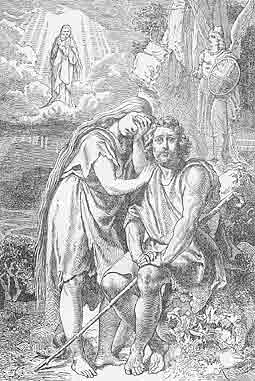 "It is an article of faith that the Blessed Virgin Mary by a special grace and privilege of God, on account of the merits of Jesus Christ, the Redeemer of mankind, was from the first instant of her conception protected and preserved from every stain of original sin."