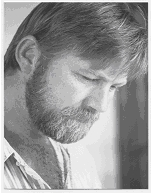 Eric Brian Dingis will no longer be acting as Director of the Peacekeeping Task Force. Effective immediately, Susan Hauck will be Acting Director. Eric will be on Administrative Leave until further notice and completion of a training course.
The simple fact that the Continental Marshals are commissioned directly by The United States of America, our unincorporated Federation of States, has been consistently misinterpreted by various parties.
This is not only a mistake, any such misinterpretation of the Marshal's position and authority results in a dangerous commingling of jurisdictions that would lead to prosecution of the individual Marshals and to the organization as a whole.
The States, acting individually, have no say in the administration or deployment of the Continental Marshals and never have had any such authority.
Any attempt to undermine the authority of The United States of America in this matter is an attempt to undermine the structure of the American Government as a whole and must be recognized as an immediate threat to all concerned.
Please inform all Marshals and Peacekeeping Task Force Members and conduct your operations accordingly. Eric is asked to immediately report himself and his activities to our Federation Liaison Officer and to stand down pending further investigation.
James Clinton Belcher, Head of State
The United States of America
Posted by Paul Stramer at 4:07 PM