Putin is no hero, or saint, or Saviour

False East/West Paradigm And The End Of Freedom 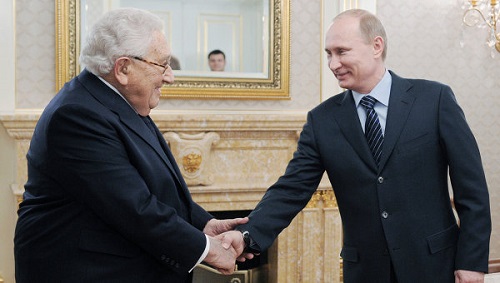 This article was written by Brandon Smith and originally published at Alt-Market.com
People are desperate for leaders and heroes. This is an undeniable condition of human life and of human civilization. Some historians and social observers, however, seem to think it is enough to simply point out this condition and pretend as if they have made some grand declaration; as if they have come to the root of the problem of mankind. In their laziness, they have mistaken a symptom for the cause.
Why do people so often demand leaders and heroic figures? What drives the institutionalization of hierarchy, celebrity and geopolitical idolization? I believe this condition is caused by three factors – fear, ignorance, and apathy.
This is not to say that there are not people throughout history that are worth looking up to, or that looking up to a particular hero figure is wrong. Heroes and sometimes leaders can act as points of reference, helping us to aspire to greater personal accomplishment and extraordinary achievement. The problem is many historical figures labeled heroic are in fact monsters in masks paraded as saviors by history writers with agendas. Real heroes (in the past hundred years in particular) are most often unsung, and remain little known.
Read the rest here:  http://oathkeepers.org/oktester/false-eastwest-paradigm-and-the-end-of-freedom/
Posted by Paul Stramer at 1:31 PM