GOA is Fighting for Your Liberties on the Frontlines!

GOA’s No Compromise Candidates are Advancing the Cause of Liberty within Montana!

After months of struggle, we finally have the results for the GOA-backed races within the Montana State Legislature. Congratulations to the four candidates we supported who were elected to serve in Montana's 2023 legislative session: Barry Usher, Braxton Mitchell, Lee Deming, and Paul Fielder!

While we are grateful for these important victories, our increasingly fractured polity requires us to acknowledge that the battle for liberty is only intensifying. Yet we despair not, for American patriots have faced dire situations in the past and triumphed in the face of great odds.

When our Founding Fathers signed the Declaration of Independence, they had very few illusions about what they were risking. Indeed, the seasoned statesman, Benjamin Franklin, was reported to have responded to John Hancock’s trepidation concerning the implications of their act of treason against a despotic king by saying that, “Yes, we must indeed all hang together, or most assuredly we shall all hang separately.”

In firm defiance against the overwhelming odds they faced, these men boldly asserted they would support the timeless principles infused within the Declaration, trust in the justice of Divine Providence, and “Mutually Pledge To Each Other [their] Lives, [their] Fortunes, And [their] Sacred Honour…”

With this last sentence of The Declaration of Independence, the fifty-six signers of this nation’s first legal document not only committed themselves to an uncompromising devotion to the First Principles that formed the foundations of the American Republic, but they also demonstrated what must be risked by future generations of patriots in the continual struggle to preserve liberty from the fallen nature of humanity.

Given that God’s gift of liberty is the wellspring of human flourishing, “We the People” of this great nation must learn from the countless examples of modest bravery exhibited by subsequent generations of Americans and re-discover the Divine inspiration of our national valour.

Immersing ourselves within these life-giving waters is essential for those who are engaged in the continual fight to safeguard liberty for future generations.

Gun Owners of America offers sentiments of moral courage and perseverance to our Montana Second Amendment champions as they assume the burdens and perils of public office in “times that try men’s souls.” Seeking our endorsement demonstrates that they maintain a hard-line no-compromise dedication to the cause of liberty. 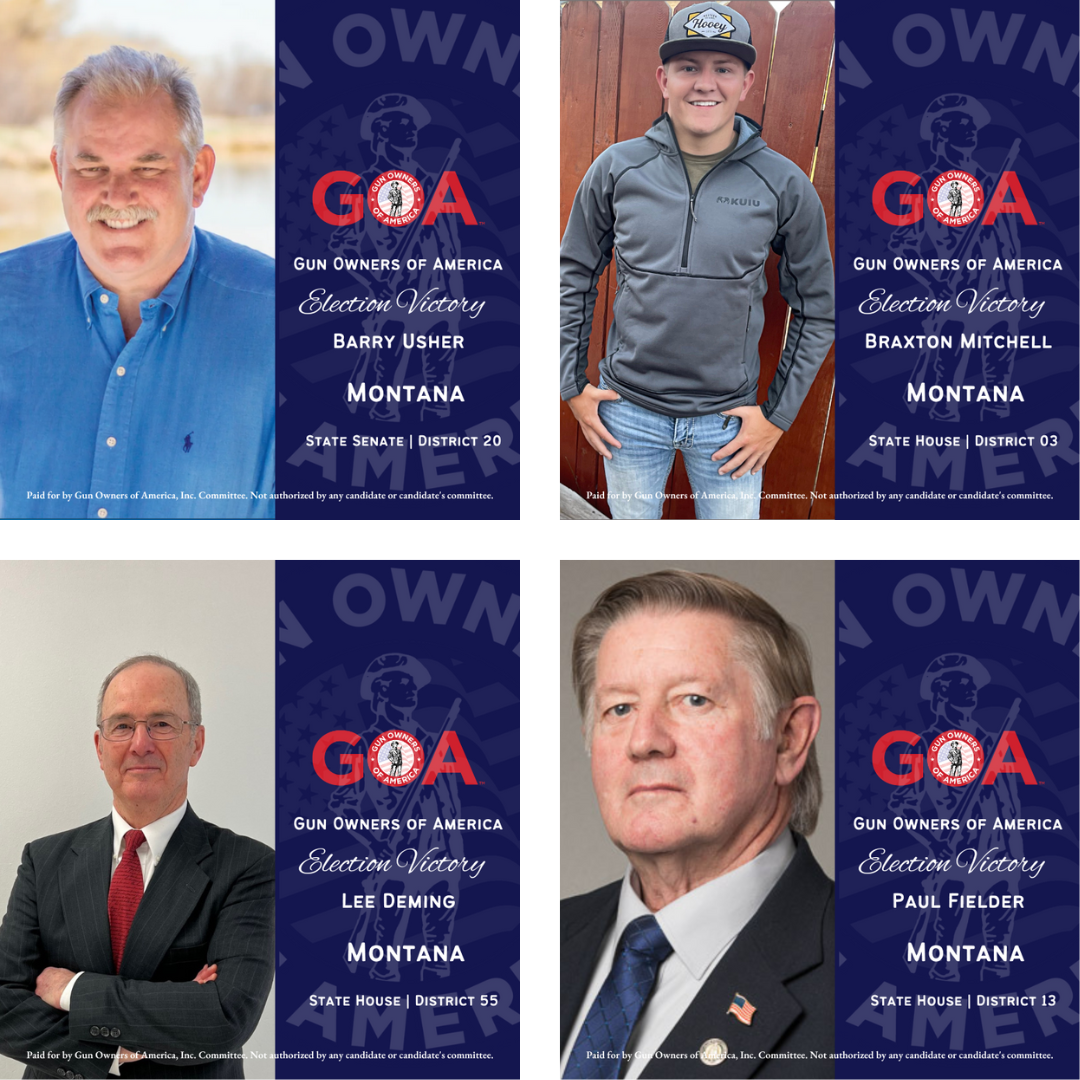 We also wish to express our sincerest gratitude towards all those selfless Sentries who participated in election operations and contributed their hard-earned income to ensure the flame of liberty is not extinguished on our watch.

It is our hope that our fellow countrymen will have the courage to continue the fight with us till the bitter end!