Responsibility of Officers of the High Courts

Responsibility of Officers of the High Courts
Here for everyone's Public Notice is the Original Document: 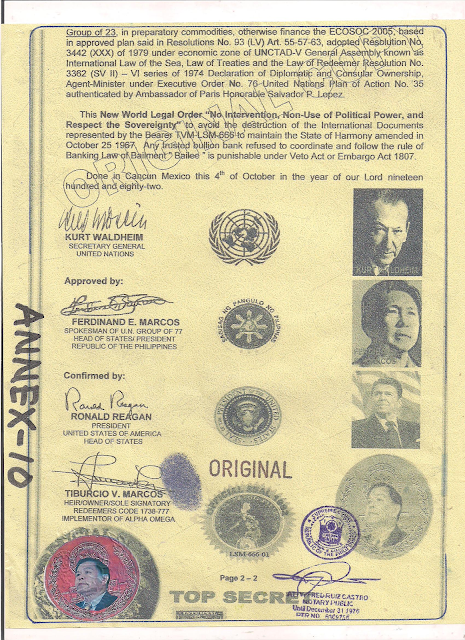 This document is not "Top Secret" anymore, but is original.
And here below is the Fake offered by Alex Tallon misrepresenting himself as Tiburcio Villamor Marcos. 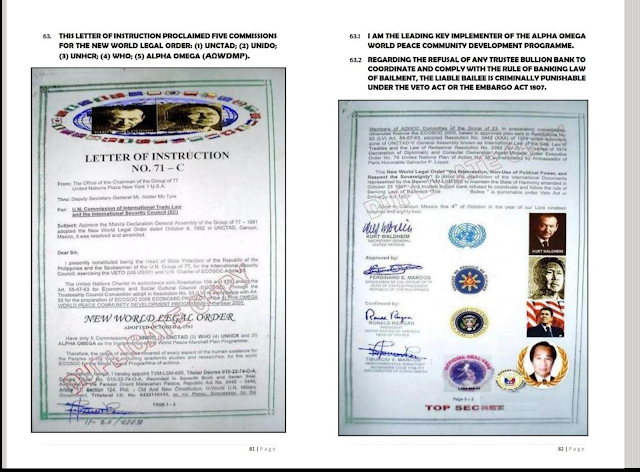 As you can see, the faces don't match, the photos don't match, and the Notaries don't match.   We have produced the originals on the record of courts in all jurisdictions and there has never been any rebuttal or attempt to contradict our proven documentation.
This is just one of many documents that have been faked by this fraud artist, Alex Tallon.   He has a cult following in the Philippines -- people who have been promised unimaginable wealth for themselves in exchange for support for his nonsense.  This "Triburcio" does not have one drop of D'Avila blood in his veins, no legitimate standing, and no legitimate documentation.
All the banks that have been letting this fraudster access our accounts are fully liable for their performance and failure to validate.
As nobody having any legitimate claim to represent the actual Donors of the trusts involved has approved of any of this cozy arrangement favoring the so-called New World Order, it is all null and void on the face of it, and the findings in favor of the Donor-Heirs must stand and be enforced.
It is the responsibility of every Officer of the High Courts to address this international fraud and theft scheme, and it is the Public Interest responsibility of every Officer of all Governmental and Political Subunits to respond ---it appears that this ruse is being engineered by the Central Intelligence Agency and MI6 Operatives who have gone rogue.
The Vatican Chancery Court and Vatican Recordkeepers have the actual records of when and where and by whom the assets of The D'Avila Family Trust were originally deposited and where they were subsequently deposited ---and from there through all subsequent transfers there is no doubt whatsoever that Ferdinand Marcos was acting in the capacity of a private Attorney with respect to The D'Avila Family Trust and that he otherwise acted as a Trustee for The United States of America assets during his Presidency of the Philippines--- but never had any personal individual interest in the trust assets.
Our physical assets must be returned to our unincorporated Federation of States and the so-called Legacy and Historical Trusts must be returned to the Heir and Administrator of The D'Avila Family Trust and to the Heir-Donors of The Saint Germain Family Trust without delay.
Notice to Agents is Notice to Principals; Notice to Principals is Notice to Agents.
Notice served by: Anna Maria Riezinger, Fiduciary
The United States of America
----------------------------
See this article and over 3700 others on Anna's website here: www.annavonreitz.com
To support this work look for the Donate button on this website.