The Abduction of Liberty 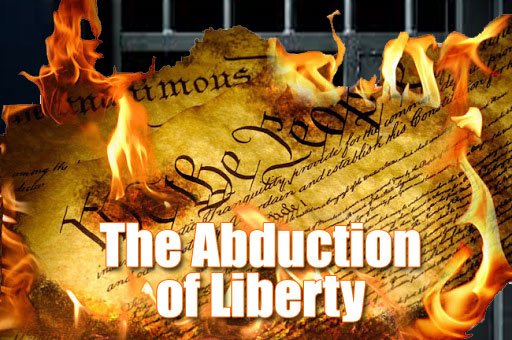 In 1775 – just a few months before the Declaration of Independence was signed, Patrick Henry famously said “Give me liberty or give me death!” The fight against tyrannical and oppressive governments that followed that speech are infamous. They founded the greatest bastion of freedom, democracy, and human rights the world has ever seen.
But our once great nation is in danger of losing the freedoms that our forefathers sacrificed so much to obtain. The ideas of liberty and death have been distorted, with our government (and many around the world) using the fear of death as an excuse to indefinitely suspend our freedoms.
But unlike the patriots of the 16th century, the citizens of these modern United States have not united against this tyranny. To the contrary, many of them have embraced it. Fear of the latest global “pandemic” has created the most complacent citizenry in our nation’s history.
The cost? The very liberty that defines us.

The Severity of COVID-19 is A Lie

They told us that this virus was a natural mutation of an animal virus that spread from a food market in Wuhan China. That was a lie.

We were told that the death toll has been catastrophic, with nearly 7% of those infected dying from the virus.

They assumed that everyone who died with COVID-19 died from COVID-19.

The “Science” Behind Government Response is Bogus

Read part 2 here:  https://thetruthaboutcancer.com/abduction-liberty-part-2/
Posted by Paul Stramer at 9:41 AM

Email ThisBlogThis!Share to TwitterShare to FacebookShare to Pinterest
Labels: The Abduction of Liberty