I received another note from Karen Hudes, which I have posted below, and which I have replied to with a number of questions that are of vital importance to the future of America. I suggest that if you haven't tuned into this exchange before, you redline it now and pay very close attention:

Dear Anna von Reitz,
The World Bank and IMF administer the Global Debt Facility containing the world's international monetary gold reserves. The 188 Ministers of Finance and Development on the Board of Governors of the World Bank and IMF have agreed that these monetary reserves in the Global Debt Facility are going directly to the people in their currency. The gold in people's checking accounts will present issues, but these difficulties can and will be overcome. You are wrong in stating that the Board of Governors and me as legal counsel and Overseer Mandate Trustee of the Global Debt Facility are not returning the world's gold to the world's people. The Global Currency Reset will extinguish country debt and usury. With the termination of Dr. Jim Kim and Sean McGrath on December 18, 2015, the resistance to implementation of the Global Currency Reset has been removed.

You are also incorrect in stating that the Bretton Woods institutions were hijacked almost from the start. In 1947 the President of the International Bank for Reconstruction and Development tried to repeal the powers of the IBRD's Board of Executive Directors through a single Memorandum. I was locked out of the World Bank headquarters in 2009, the day after I rescinded that Memorandum. https://s3.amazonaws.com/khudes/1947memo.PDF

The power of the Board of Governors to fulfil their mandate under the Articles of Agreement of the Bretton Woods institutions remains intact: https://s3.amazonaws.com/khudes/general+assembly3.pdf

If gold goes into permanent backwardation because the Global Currency Reset is delayed, this will cause mass starvation, pestilence, and the unilateral surrender of US military might, bringing the world into another Dark Ages and WWIII, just like the way the amount metal in the Denarius was removed to bring about the Dark Ages in 300AD. Ferdinand Marcos' prayer to the United States makes this very clear. @KarenHudes

It is time to answer Ferdinand Marcos' prayer: https://s3.amazonaws.com/khudes/Twitter12.7.15.pdf

As legal adviser to two Popes: Benedict XVI and now Pope Francis, your email to me dishonors Ferdinand Marcos' memory. A delay in the Global Currency Reset will allow the Federal Reserve Note to crash. 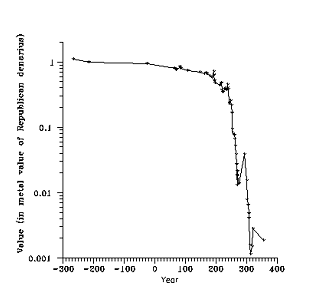 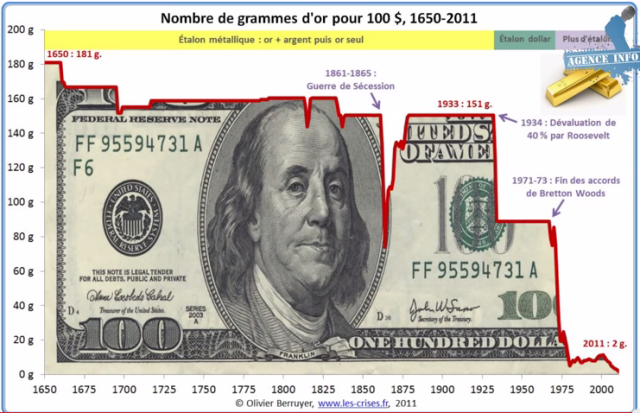 You state that the gold governed by the Bilateral Minesfield Breakthrough Successor Agreement is not held free and clear of competing claims. The 50 year period of sequestration was deliberately agreed to so that the Board of Governors of the World Bank and IMF would not be bogged down with competing claims when the time came to distribute the assets in the Global Debt Facility to its beneficiaries: all of humanity. I have made it clear to all the parties: there is no group which has priority above the rest of humanity. The Board of Governors of the Bretton Woods institutions offers the international monetary gold reserves in the Global Debt Facility to all of the nations and peoples alike: https://s3.amazonaws.com/khudes/Alternative+to+WWIII.pdf

The Bilateral Minesfield Breakthrough Successor Agreement was written by Ferdinand Marcos, lawyer for Jose Antonio Severino Mcleod Diaz Tallano, more popularly known as Dr. Jose P. Rizal, who went to the Vatican in 1898, where he went by the name Rev. Father Jose Antonio Diaz. Rev. Antonio Diaz was Superior General of the Jesuits from December 14, 1942 to September 14, 1946. It is quite telling that Wikipedia has removed Rev. Antonio Diaz from its list of Black Popes. The Vatican was obviously displeased that Rev. Father Jose Antonio Diaz established the Bretton Woods institutions with a mandate to return the world's gold to the world's people. Which is exactly what is going to happen, with 90-95% likelihood, according to the power transition model developed by Ronald Tammen, Chair of the Department of National Strategy at the National War College. Power Transitions: Strategies for the 21st Century. See also: https://s3.amazonaws.com/khudes/sentia+model.pdf

In his townhall meetings of December 2, 2013 and March 12, 2014, General Dempsey refused to answer why it was not in the security interests of the US to accept the US monetary gold reserves in the Global Debt Facility. General Dempsey cancelled his Townhallwithin ten minutes of the scheduled time on March 10, 2015 to evade my question again.
https://s3.amazonaws.com/khudes/Twitter3.10.15.pdf.

Thank you for your prompt reply. I think we are playing from two different sets of facts. To expedite things and speed up the reset please answer the following questions:

1. Why should gold that is owed to Americans be given to and controlled by foreigners who have no connection to us but a dishonored service agreement? Bottom line----why should our share of the gold be handed over to people who have no delegated authority to represent us in this matter at all? You and everyone else can see that this is a legitimate problem ---and not one of my making.

2. Why should we accept such an arrangement as any kind of payment to us? If you, as a Trustee, give my gold to Jake Down the Road, I’m sorry, Karen, but I still haven’t been paid and I am still the lawful Beneficiary who is still owed everything I was ever owed, plus interest.

3. Why are you insisting that the solvency of the “Federal Reserve Note” is of such critical importance? The FRN is a private domestic currency---in-house Monopoly money---with a fixed exchange rate against the actual United States Dollar, which is and has always been our currency.
If the “Federal United States” can’t make it after a hundred years of exchanging their worthless paper for our silver and gold, that’s their problem. They haven’t bothered to honor the only contract we have with them ---so give us all ten good reasons why there can’t be an orderly conclusion to our final divorce from the British Empire? Do you think we still need the British Navy to protect us?

4. Why do you think that the military might of America will “collapse” if we change our maid service?
I have no doubt that the reason General Dempsey avoided your question is that he didn’t want to tell you out loud that the United States Forces ---that is, American Armed Forces---are quite a different thing than “US Armed Forces”. Without us, Karen, the “US Armed Forces” pretty much dwindle down to the Puerto Rican Navy and the Home Guard on Guam.
Fortunately for everyone concerned, we are not dependent on the Federal United States. They are and have always been dependent on us.

5. Gold “backwardation” is just fancy jargon for not enough metal reserves to meet demand and quell crazy speculation. You want to release the reset to give everyone their fair share of gold, ease all these tensions and get the world economy flowing again. Understood.
Why not give the American share of the gold to the Americans and get on with it?
General Dunford secures delivery, the gold backs the actual United States Dollar, and all is right with the world. Tell us why that seems so very difficult?

6. My advice to the Vatican and the Pope and to you is all the same. Give the gold to the people it is actually owed to and don’t fool around playing politics. Let the people sort things out for themselves. We don’t have a problem with you giving a fair share to the Puerto Ricans and the Samoans and all the other people in the Insular States and Haiti and everywhere else. We are all for it. We simply want our share delivered into our hands and into our control.

Britain has acted as Mommy Dearest for the last time. We have no contractual obligation to the Brits or the Federal United States related to this matter and you have been notified. That should be that.
And if it isn’t, this is your moment to explain to the whole world why not?
---
See this article and over 100 others on Anna's website here: www.annavonreitz.com