Today, I got an email from a group of Greek bankers asking me if the "Global Collateral Accounts" are real and why they can't seem to get action releasing those funds even after allocations have been made and published?

Well, yes, there are Global Collateral Accounts that do contain assets that belonged to people long dead and whose specific heirs are not known, and as a result those assets belong to the world-at-large and there is really no reason to leave them sitting around in bank deposit boxes and tranche flats doing no earthly good.

Fair enough.  So some years ago a great housecleaning effort began in the Swiss vaults and has continued from there.

The Truth About Contracts, Parse Syntax, and Us


I don't believe that people or their institutions have any ability to contract.  It's simply not within our temporal nature and skill set. We can't guarantee that we will live another minute.  We can't know what time it is in any absolute sense.  We can't even describe where we are, physically, without arbitrary references.

For mortals who don't know where they are and don't know what time it is to make contracts obligating themselves to do things in the future----is obvious madness.  We are incompetent and fundamentally unable to do any such thing, so all contracts are void ab initio, for intrinsic fraud.

We are like mice trying to dictate the life cycle of horses.  Making contracts is simply not something we can do, so we ought to stop pretending otherwise.

Shawna Cox: What America needs to know about the Bunkerville trial

We just want to tell the truth, so why can’t the media go into court and show the world what really goes on in these Federal Courts?  Why are they only allowed to take notes and draw pictures?  The defendants want an open court and have asked for it but the Judge still refuses media access.  The information that goes out by way of the major media is only a spin because their reporters don’t even stay in the courtroom the whole day. They report things of very little concern and try to keep the public in the dark. 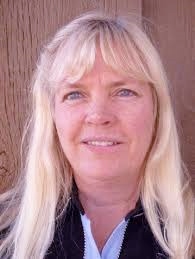 Dear America,
Federal Court in Las Vegas, Nevada: March 22, 2014 during the “Cliven Bundy Trail #1,” the federal prosecutors were still putting on their case. This would be the 22nd day of trial since it began on Feb. 6, 2017.  In cross examination of one of the federal agents, the only Pro Se Defendant, Todd Engel, asked the agent if it was true that the Special Agent in charge, Daniel P. Love of the BLM, was under investigation for misconduct. (Remember “Burning Man”?) The witness did not answer the question before the prosecution immediately jumped to their feet and objected.  After all, the defendants were not allowed to talk about the main character in the whole Bundy Standoff.  The prosecution has raised his name a number of times but only in the light that is most favorable for them. Judge Navarro immediately sent the jury out of the room.  It was time for a break anyway. The prosecutors demanded that Mr. Engel be stripped of his Pro Se status.  After a few  moments of thought, the Judge agreed to strip Todd of his Pro Se but just for the rest of the day. ( I believe she was trying to figure out a way to do it.)  The 6th Amendment provides “to have the assistance of counsel for his defense.”  Of which, Todd’s counsel was fired because of falling asleep in hearings, no communication with defendant, no knowledge of the case, refusing to ask the questions put before him of the defendant, only performing when others are looking over his shoulder or trying to assist his client, etc. This would now leave Mr. Engel with no defense!
Judge Navarro