We Are Living Through a Communist Revolution 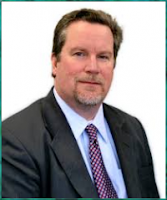 Recognizing that communism didn’t end with the fall of the Berlin Wall, former President Trump said in a speech, “…we will fight the onslaught of radicalism, socialism, and indeed it all leads to communism once and for all.”

Not only does Trump understand that communism is not dead, he perceives that this foreign and alien ideology is in control of the Democratic Party.

Flying the flag on July 4th can’t turn back the clock.

As we take pride in America, we have to recognize what has America become – and what is it becoming. For that answer, read the Communist Manifesto and take note of the fact that literally dozens of communist groups operate on American soil, in open violation of the Communist Control Act, which is still on the books. (It was introduced by a Democrat, Senator Hubert Humphrey, and signed by a Republican president, Dwight Eisenhower.)

As I note in The Sword of Revolution and The Communist Apocalypse, the Marxists see the U.S. as a society based on slavery which has since become the leading capitalist nation and must therefore be “transformed” into socialism on the road to communism. Hence, we currently see Marxists and their fellow travelers refer to slavery as the basis for American capitalism and the need for reparations.

This is what Democrats call “progressive” ideology.

Eggs Will be $12 a Dozen; Meat Shortages Coming This August

As a homesteader and gardener in rural farming country in the South, I think this lady is correct. Food prices are way up. Food shortages are coming by August 2022.

We are amidst a terrible drought here in Tennessee. Crops like corn are doing poorer with late planting due to excess rain in early spring, and now drought in early summer. Hay has already spiked in price here and many hay farmers are no longer willing to sell their hay for fear of running out of hay for their own livestock, mostly cattle here.  Farmers I know are contemplating selling their livestock if we have a hay shortage, such that this season’s hay won‘t get us through the coming winter season. Hay yields look to be 25-30% down from normal. Reasons for this, besides the current drought, are that this past spring, many farmers chose not to fertilize their hay fields, to cut costs. The fertilizer used on hay fields is chicken litter (chicken poop, a natural and valuable by-product of egg and poultry farms).

Farming families do not have usual yields right now in their gardens, so farmer‘s markets and truck farming are indeed switching toward just feeding our own families.

Reasons for this are: