"It's massive, criminal voter fraud, writ large across at least 29 states- anytime a voting machine was connected to the internet, and we have evidence many were, it's going to blow everyone's mind."pic.twitter.com/HZQVCHpRt8

The black states all use Dominion's tricky cheating software. pic.twitter.com/sAuM9EN6jR

Posted by Paul Stramer at 10:11 PM No comments: 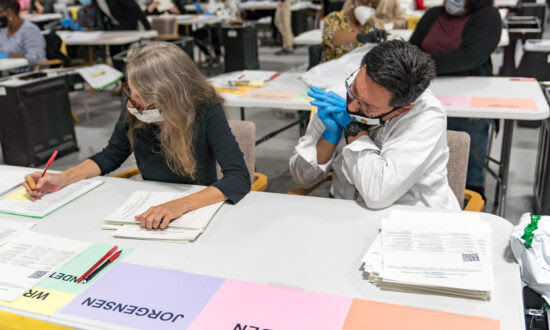 Witnesses of the recount of the presidential election in Georgia have signed sworn statements testifying to having observed ballots cast ...

COVID Propaganda: Frightening People Into the Arms of Tyranny

America’s unhinged, psychotic and sociopathic ruling class and their lapdog propagandists in the mainstream “media” continue to do as much as possible to stampede the public into mass panic over COVID-19 in order to generate support for, or prevent opposition to, various totalitarian agenda points including new and aggressive lockdowns, biometric tracking, digital identity, and other platform proposals for the United Nations/World Economic Forum’s communist “Great Reset.”

Posted by Paul Stramer at 6:55 PM No comments:

Someone Needs to Tell Congress

Contrary to their apparent ignorance, the various Constitutions are still in effect and are being enforced by the actual Parties to the contracts.  That does not include any member of Congress as a Party to any Constitution in this country.
Their proposal....to replace the Constitutions with the United Nations’ (UN) Bill of Human Rights is inane as well as insane.
Exactly how and by what authority do our employees propose to set aside contracts that they are not Party to?
The State Citizens, aka, the People of this country, are enforcing the Constitutions --- all three (3) of them, and in particular, The Constitution of the United States.
As long as the Holy See exists and is in business, and The United States of America (Unincorporated) exists and is in business, no Municipal Congress has the ability to rewrite its obligations, much less do they have any authority or ability to evade, abnegate, or replace The Constitution of the United States.
The members of the Municipal Congress may be members of a foreign plenary oligarchy in charge of the Municipality of Washington, DC, but they are also by definition in a political status created by The Constitution of the United States.
If the members of the Municipal Congress vote to remove, replace, evade, or otherwise destroy The Constitution of the United States, they themselves instantly become stateless and without any authority at all, including loss of their position as plenary oligarchs within the Municipality of Washington, DC.
We would be able to arrest them all, charge them with treason, and execute them--- and we would be well-within the standards and obligations of international law while doing so.
We will not neglect to enforce our options, if any such vote occurs or any such lapse of "Good Faith Service" happens.
Similarly, Pope Francis needs to be informed that as the Employers and Delegators, we have the final say on exactly who serves as President; it is not left up to our Employees to decide via a popularity contest.
We find Joseph Biden to be ineligible for Public Office, and we accordingly reject the prospect of dealing with a known and self-admitted criminal in any private office or capacity, either.  His candidacy must be withdrawn.  It is a further insult that he has even been fielded as a candidate.
The DNC is on the verge of being outlawed and its Holding Company liquidated.
Once again, a reality check is in order.  The Customer -- in this case, the Employer -- is always right.
----------------------------
See this article and over 2800 others on Anna's website here: www.annavonreitz.com
To support this work look for the PayPal buttons on this website.
How do we use your donations?  Find out here.
Posted by Paul Stramer at 2:55 PM 1 comment:

Employees of the voting machine company Dominion are vanishing. At least, their LinkedIn profiles are. Since election day, at least 100 of 243 Dominion workers were deleted. When people noticed that, it didn’t take long to realize that “all their software engineers are in Serbia.” Hmmm.

Rush to delete data at Dominion

The American public is demanding to know exactly why there is such a rush to delete personal information profiles of Dominion employees from LinkedIn. It makes nervous voters wonder what they have to hide.

Until election day, virtually every employee of the firm proudly shared their credentials and biographies with the world. Suddenly, in the wake of election fraud accusations, “Over 40% of Dominion’s employees with profiles on LinkedIn” have “eliminated their profiles from the social media giant.” Why?

Posted by Paul Stramer at 2:06 PM No comments: